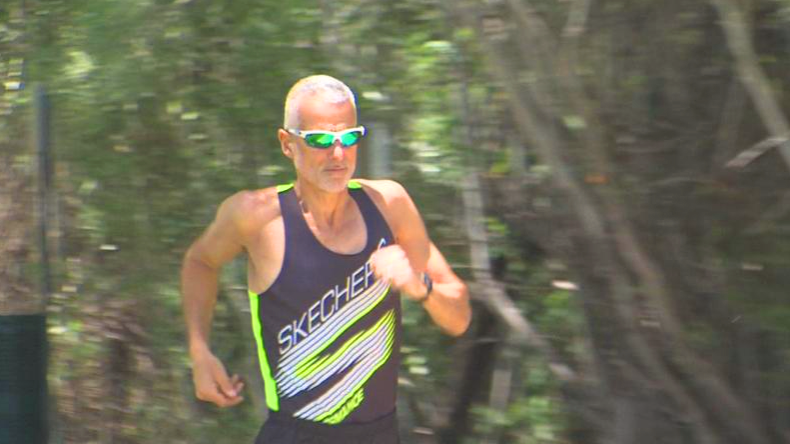 RENO, Nev. (KOLO) – Reno’s Fred Zalokar is hands down the best marathon runner of his age in the entire world. Of the six World Marathon Majors, the 55-year-old has already won five for his age group: New York, Boston, Chicago, London, and Berlin. This February, he’ll go for the sweep in Tokyo.

“I’m just pleased as punch that I’m able to still run and compete at that level at my age,” Zalokar says. “I’m very proud and I’m very focused on number six.”

Zalokar has been the general manager of Lakeridge Tennis Club for the past thirty years. But a full-time job hasn’t slowed down his intense workout routine.

“I wake up at 3:30. Monday through Saturday, I do my first run about that time here at the club on the treadmill. And that ranges anywhere from eight to fourteen miles. Then I take about an hour and a half to two hour lunch and run anywhere from eight to ten miles again. And then I run my long mileage on the weekend. I normally run sixteen to twenty-two miles.”

Zalokar recently gained world fame when he was featured in Runners’ World magazine.

“I’m amazed at the response” he says. “They put it online and people from all over are actually commenting on the article. It’s amazing how many people it reaches. I’m really excited about it.” Read full Article