Fred Zalokar: Beliefs and rituals of a marathon champion

Fred Zalokar and I recently connected on Twitter when he commented on one of my posts that he was about to “Smash sixty”. Intrigued I did a bit of research and discovered a man leading an extraordinary life from his base up in the Sierra Nevada mountain range, Nevada, USA.

Here is a man who has literally smashed his entire fifties to smithereens through his epic marathons, mountain expeditions and world travels.

I instantly knew that I wanted to find out more about him and share it with the Smashing Fifty family. So I requested an interview, to which he happily agreed.

During our Skype, Fred reveals just how he’s created one of the most exciting and fulfilling lives you can imagine, all whilst working a regular day job. Hold onto your hats, folks!

“I love growing old. It’s a lot better than the alternative.”

An overview of the man 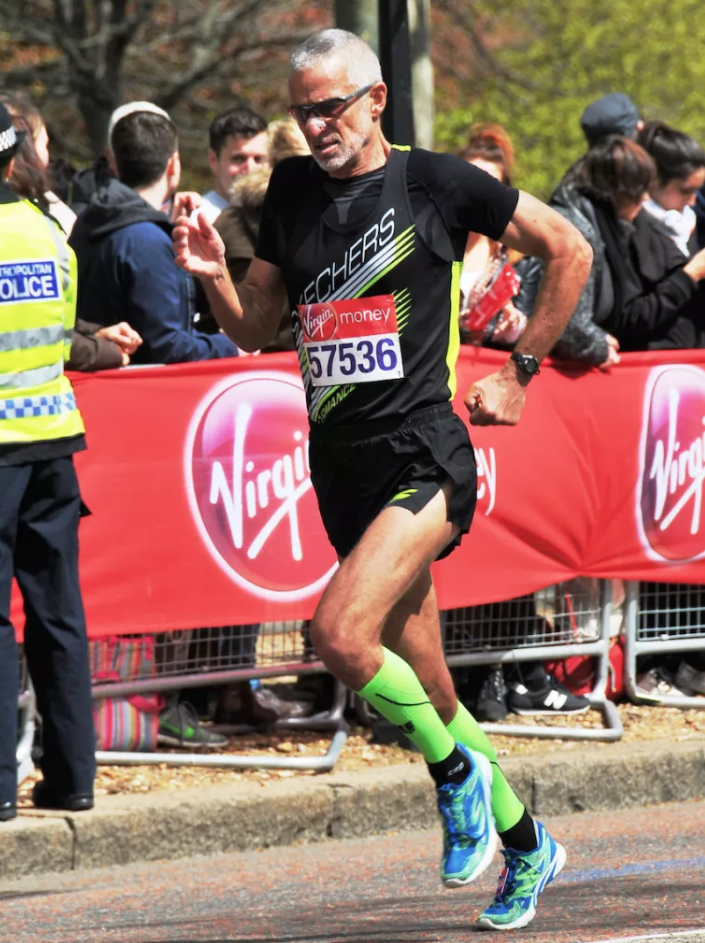 Winning the London Marathon for his age group, 2016.

Fred Zalokar is the first marathon runner to have won his age group in all six Abbott World Marathon Majors.

Originally an ultra-runner, it wasn’t until he turned 50 that he decided to try road running after being persuaded by his wife. Impressed? Me too, but that’s not all.

Fred has also traveled to 136 countries (scaling to the highest point of 78 of them) and has climbed 145 of the world’s highest mountains.

For the last decade, he’s been running 13 times almost every week, clocking up an average of 105 miles every 7 days.

Not bad for a family man who also works a regular 9-5 job, sometimes pushing 50 hours per week.

What’s even more astonishing, is that he doesn’t really consider himself to be that much of a marathon runner. Ask him and he’ll tell you that he prefers to think of himself as a “passionate traveler who also happens to climb mountains and run marathons.” His thirst for life is immense.

An inspiration to all middle-aged men

Here’s a man who has been unafraid to live his life on his own terms and has seen just reward.

His work ethic, focus, positive mindset and passion for life prove that anything is possible in life if you put your mind to it.

But let’s not be overwhelmed by the extent of his achievements (this guy’s taking it to the limit).

Instead, let’s be inspired by his determination, passion and focus and use it to inspire the rest of us mere mortals to smash our own challenges no, matter how big or small.

“I wake up at 3.30 am almost everyday and workout for two and a half hours.” 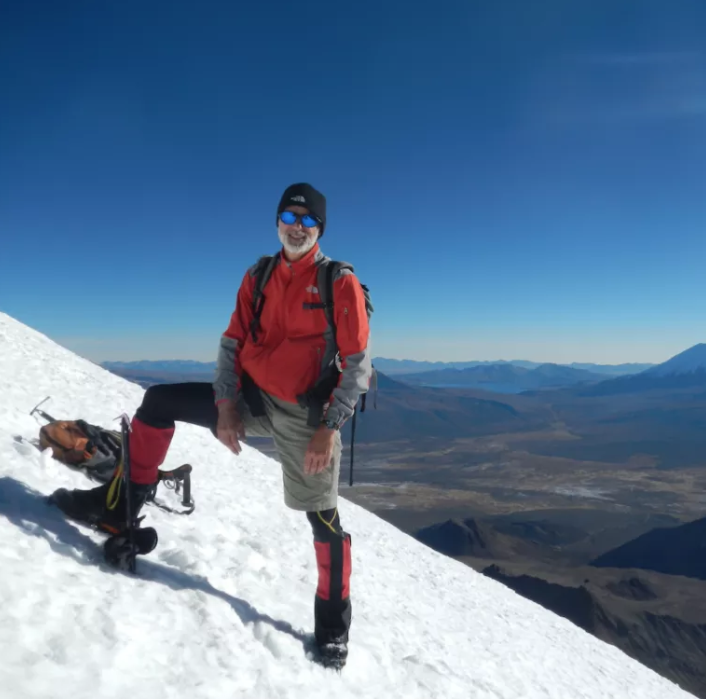 To begin with, I wonder if he’s somehow superhuman or has the luxury of extreme wealth which allows him the energy and time required to become a world champion marathon runner, climber and travel so much. He tells me with a shrug that he’s neither. Puzzled I invite him to go on.

“It’s really quite simple,” he tells me… It soon becomes clear how he’s created his most amazing life.

I begin our conversation by asking him about his daily routine and indeed if he has one.

“Well, I wake up at 3.30 am almost everyday and workout for two and a half hours. I’m lucky because I work at a fitness club so I have access to the gym 24/7.

“I’ll be there on my own (which I love) and so I’ll get a good running session in on the treadmill.

“I take one and a half hours for lunch during which I’ll have another running session. But Fridays are my day off, so I only do one session.”

I tell him how I’ve been reading about Tabata and other shorter exercise plans that suggest you don’t need to do such long workouts.

“It depends on your goals,” he tells me with a smile. “If you have the same goal as me…” he pauses and with a chuckle continues “… put it this way. You work out your way and I’ll work out mine. But the only time I’m going to see you is at the starting line.”

I see his point.

I ask if he ever feels like switching off the alarm and rolling over?

“NEVER. I never miss. You have to have that focus.

“If I do get sick and miss a day, I feel like I’ll have to make it up the next day and run three times.”

Is there anything you dislike about your training?

“No. If I didn’t like it I wouldn’t do it, and I’m so used to it now, that it’s like breathing. In fact, it’s harder now that I’m cutting back and just running once a day.”

(His new goal for 2019 is to smash the American record at the mile or 5k for a sixty-year-old, so he’s changed his routine to accommodate, running just once a day and increasing his strength training and diet accordingly).

He goes on to describe the workout that he did that morning (on a Saturday at 3.30 am!):

(The weights are increased for each set).

Personally, If I’m up at 7 am on a Saturday and do fifty push-ups I consider that a win. I’m beginning to see what real commitment, desire, focus and hard work looks like. Click to read the full article  @ http://smashingfifty.com