Zalokar Throws Down a 2:37 to Win Berlin Marathon! 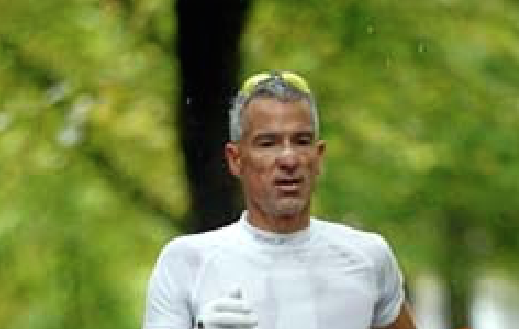 I was standing in the third row of people at the start line of the 37th annual Berlin Marathon, the fastest marathon in the world. All around me, people stood hushed with anticipation, waiting silently as rain fell on them in a steady downpour. A voice came over the intercom: “Zehn sekunden.” Ten seconds. Everyone in the crowd bristled at the sound of the voice, putting their heads down and their hands on their watches.

The voice spoke again: “Fünf sekunden.” Five seconds. Everyone leaned forward.
“Vier.”
“Drei.”
“Zwei.”
“Ein.”
A gunshot rang out, echoing over the crowd, and we were off.
The course ran all along the streets of Berlin, taking participants past many of the historic points in the city. It started and finished in the Tiergarten, Berlin’s largest public park, and took runners past the Reichstag, the location of German parliament. We also passed several remnants from WWII and the Cold War, shockingly out of place in this beautiful, peaceful city.
The most prominent reminders of conflict that I saw started 10K in with the Fernsehturm, a TV tower built by the Soviets during the cold war that has always been a symbol of East Berlin and the Soviet rule. I also remember coming to the Kaiser-Wilhelm Church with less than 10 kilometers to go in the race—this church was bombed by the Allied Forces during WWII. The people of Berlin chose never to rebuild it, in the hope that it would serve as a reminder of what war had done to the city.
Towards the end, we ran through the Postdamer Platz, where a portion of the Berlin Wall still remained, before crossing under the historic Brandenburg Gate and sprinting to the finish. After 26.2 miles (42.195K), I finished with a time of 2 hours, 37 minutes and 3 seconds—109th overall, and 1st in the Men’s 50-54 age group. I grabbed a couple of waters and was herded back out in the direction of the course.
As I watched the other runners heading in towards the finish, I cheered them on and thought about what I’d just achieved. I’d had two goals going into this race—namely, to win my age group and to run a sub-6 minute mile pace—and I’d accomplished both of them, but the training had been anything but easy.
I did four major things to train for this marathon. The first, and maybe even the most important, was something that a lot of runners don’t include in their training plans: diet. When I started training, I made the decision to eat less. A lot less. I cut way back on my calories, and started eating more and more protein. With this, I started to feel stronger, healthier, and more capable of achieving the goals I’d set for myself.
The second thing I worked on was distance training. I started to run, on average, 120 to 125 miles every week. Four weeks out from the race, I got my distance up to 140 miles. Three weeks out was 120. Two weeks was 100; the week before the race was 90, and I ran 50 miles the week of the marathon. This helped my endurance immensely, and I was well prepared enough that I never really hit the wall during the race.